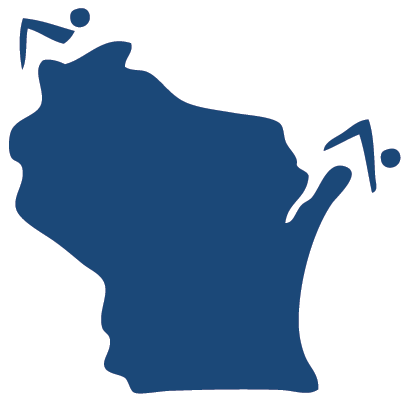 I was lucky enough to present the award to him... here is copy of my speech...

Kolp, first I have to apologize to you. I packed a sport coat, a nice shirt and tie to present you with this award tonight but after traveling to five different airports, driving a car three hours with a seventy-year old woman named Barbara, losing my checked luggage, purchasing clothes at a Goodwill store in College Station and taking a total of 31 hours to get here instead of the under six hours I was expecting… I forgot my garment bag on the airplane. So, instead I am wearing this polo shirt and some flight attendant is walking around with a nice looking sport coat.

Gary Kolpin or Kolp, as everyone calls him, accomplished a tremendous amount in his career as an athletic director and coach at Madison Memorial High School in Madison, Wisconsin.

As an Athletic Director, he worked at Madison Memorial for 26 years. Always an ambassador for the sport of swimming and diving in the state of Wisconsin, his work as an athletic administrator helped lay the ground work on initiatives such as athletic codes, coaches handbooks and orientations, and sportsmanship for many athletic departments, conferences, athletic directors and coaches throughout state.

As a swim coach, he was a terrific motivator and role model to all that swam for him. He served as the head coach at Madison Memorial High School for 33 years and I was lucky enough to swim for him for four of those years, from 1991-1994. During his tenure, the Madison Memorial boy’s team won a total of seven state titles and finished runners-up thirteen times. His dual meet record was an astounding 215-40-2 while his teams won 15 conference dual meet titles and 16 conference meet championships. All-in-all, he coached 206 All-State swimmers and 68 All-Americans. But, while numbers like these are truly impressive and while his contributions to the sport of swimming and diving in the state are outstanding the positive influence he has had on the lives of the swimmers he has coached… will be his legacy.

Almost ten years ago, Kolp gave an opportunity to a young coach to head the girl’s swim program at Madison Memorial. That young coach, standing in front of you here tonight, now knows full well the sacrifices that are made in order to be a successful coach. As a coach, we often view those sacrifices as being worth it if we are able to truly make a difference in the lives of the athletes in which we coach.

So, Kolp, as a former swimmer of yours, representing many other former Madison Memorial swimmers across the country, I want to say thank you for truly making a difference in our lives. You taught us to be young men, you encouraged us to challenge ourselves and push ourselves towards our goals, you supported us through the ups and downs and inspired us to achieve accomplishments we never thought possible… Although we can never all thank you enough for what you have taught us, not only about the sport of swimming but, about how to live our lives. We want you to know how much you are appreciated. So, on behalf of all the Memorial swimmers, I want to say thank you and congratulations on this much deserved award.

Kolp, could you please come forward.